PASSENGERS on the 10.55am Murcia to Alicante train found themselves with an hour-long wait in Beniel, Murcia, this Sunday, after some 600 demonstrators blocked the track in a protest against the route of the AVE high speed rail line.

It’s the fourth such protest by the people of the town to demand that the high speed track be routed underground for the 1.5 kms of the line as it passes through Beniel. 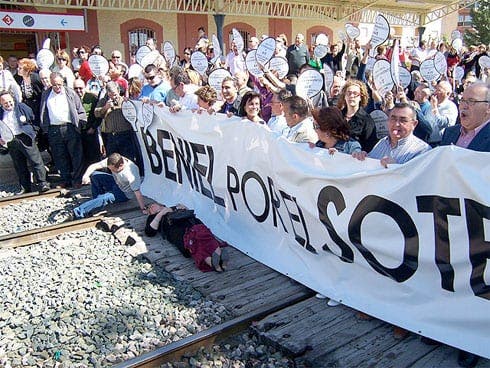 The Town Hall claims the wall which must be built along the AVE line will divide the town in two.

Similar protests are likely if the AVE railway line does not go underground, as mooted, near Antequera.