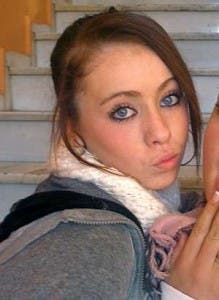 THIS week the Olive Press can exclusively reveal new and troubling information about the lifestyle of missing teenager Amy Fitzpatrick.

After weeks of investigative work, we have discovered that the teenager, who went missing on January 1, 2008, lived a difficult and lonely life.

Rarely attending school, she was often spotted out late at night and even ‘occasionally slept in a field’.

Said to have seemed ‘malnourished’, she spent weeks on end at friends homes and allegedly smoked marijuana and drank alcohol, which sometimes led to panic attacks.

This is the sad and worrying situation the vulnerable girl experienced from the age of 13, claimed up to a dozen of her close friends and family members.

The news comes as her father launched a new hard-hitting campaign aimed at getting to the bottom of his daughter´s mystery disappearance.

Offering over 10,000 euros for information leading to a breakthrough in the case, Christopher Fitzpatrick is using the services of an Irish detective Liam A Brady.

It has also emerged that Amy’s father, who is estranged from her mother Audrey, launched a desperate bid to get Amy back to Ireland in 2005.

The move came, claim his family, after a concerned mother in Spain sent a ‘mercy letter’ to the Irish Embassy in May 2005.

The letter, which the Olive Press has a copy of, highlighted grave concerns over her safety, and insisted she needed help to get back to Ireland.

The new campaign aims to shed light on the lifestyle the teenager led in the years before she disappeared. Speaking exclusively to the Olive Press, Amy’s father – who lives in Ireland – told of his concerns over her way of life. Fitzpatrick said: “I am concerned over her lifestyle in Spain and I hope the authorities will be investigating it in the near future.”

His sister, Christine Kenny, has spent a fortnight in Spain putting up new posters and working tirelessly to raise awareness.

“I have been to Coin, Fuengirola, Puerto Banus, all over Spain,” she said. “We want to put a big billboard right up above where she lived, so whoever was involved will see it every day.

“We won’t stop until we get to the bottom of this. There is a lot more than at first meets the eye.”

The Olive Press has discovered that Amy often bunked off school and was apparently not even registered for the 2007/08 school year.

“The answer to Amy’s disappearance definitely lies within her lifestyle”

The Headmaster of IES Torre Almenara school, in La Cala, confirmed she was not on the school list the year she went missing.

As her close friend Diane Thompson, 15, confirmed: “She skived a lot, she basically never went to school. She did what she wanted.

“She used to go out loads and was often seen on the streets at two in the morning. A lot of us found that pretty scary.”

Private Investigator working on the case, Liam A Brady, said: “The answer to Amy’s disappearance definitely lies within her lifestyle.”

The latest poster released to aid the search also asks for “any information in relation to Amy’s lifestyle.”

Her mother Audrey disputed the information in the letter, also insisting that the claims by Brady were “wild” and it was a long time ago.

She said the letter was written by a “headcase”, perhaps in a bid to make money.

She explained: “I have never seen the letter. It is a concern but I am sure it is lies. I have more important things to think about. This day, this year, is more important now. All this is not going to help find her.”

She insisted that Amy was not badly treated and that she only stayed away for a few nights at a time.

Her partner Dave Mahon said: “She did not take drugs or drink. She was not sad or lonely.”