Both The Kings of Leon and Maximo Park were forced to cancel their headline slots due to the “dangerous winds”, while Lily Allen was forced to pull out with a stomach virus.

The strong easterly winds caused numerous tents to be blown away or destroyed.

The winds however, did not stop Oasis from “playing a blinder” on Thursday night, and they enjoyed themselves so much they decided to stay on another night.

According to the UK press, this was principally to hang out with Paul Weller, who played the following night.
Gutted

A source said: “Oasis’s equipment flew out straight away. But Liam and Noel decided not to accompany it. Liam has repeatedly said what a good time he is having and decided to turn the trip into a mini-holiday.”

The insider added: “Paul is one of Liam’s heroes and he was gutted he thought he was going to miss his set.”

Lily Allen didn’t fare so well. A statement posted on her MySpace page said: “Lily has gastro-enteritis and has been told she is not fit to fly to Spain.

“She is very sorry to let fans down and hopes to be back to full strength as soon as possible.”

Among other problems a fire broke out next to the festival site, but no injuries were reported and the blaze did not spread.

In recent years the Spanish festival has grown more popular with UK music fans, as weather is normally hot and dry, unlike Glastonbury and other events which are usually hit by rain. 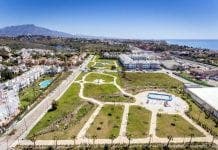 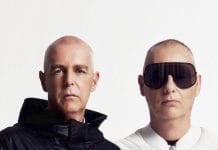 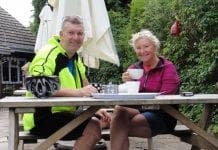