SIT back, relax with the day’s paper, or log onto your laptop… and drive your car on the motorway at 120kph.

This is soon to become a reality with the introduction of a revolutionary green idea to save fuel on main roads around Spain.

Called ‘road trains’, the hi-tech pooling system would allow convoys of up to eight cars to “drive themselves” while linked up by electronic shackles to a lead vehicle.

The driver in the vehicle at the front would do all the steering, braking, gear changes and accelerating and his or her decisions would be electronically transmitted to the cars behind.

The system’s designers claim it would reduce each vehicle’s fuel consumption by as much as a fifth thanks to the aerodynamic efficiency of being tucked in behind the vehicle in front.

Pioneered by a European Union thinktake Safe Road Trains for the Environment (Sartre), the idea is to be trialed in Spain, the UK and Sweden later this year.

Tests are expected to last for at least three years before the system is properly tested on public roads in Spain.

“This type of autonomous driving actually doesn’t require any hocus-pocus technology, and no investment in infrastructure.”

One of the scheme’s major advantages is that most of the required technology already exists.

Its main concern is how to make it work while ensuring drivers and passengers are at least as safe as if they were driving the car independently.

Erik Coelingh, technical director of safety functions at Volvo, which is involved in the project, said: “This type of autonomous driving actually doesn’t require any hocus-pocus technology, and no investment in infrastructure.

“Instead, the emphasis is on developing and adapting technology already in existence.”

The lead vehicle in a roadtrain is expected to be driven by a professional driver, such as a taxi or lorry driver, who is familiar with the route.

Cars wanting to join the moving convoy would be able to link up with the rear vehicle while those drivers wanting to leave would signal their intention before taking back control of the wheel.

Once they had pulled out, the remaining cars would close up the gap.

Tom Robinson, of Ricardo UK, which is also a partner in the Sartre project, said the scheme had the potential to deliver “very significant safety and environmental benefits”.

In order to join the roadtrains, vehicles would be required to have the necessary navigation and communication technology already built in to them.

The scheme is aimed primarily at car drivers who have to travel long distances but the project team will also investigate the practicalities of allowing lorries to join the trains. 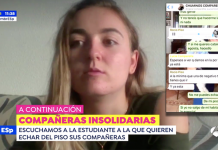 Laurence Dollimore (Digital Editor) - 25 Nov, 2020 @ 09:00
Elena pointed out in her tweet that it would actually be illegal for her to go home and would go against the Government’s coronavirus guidelines, which state that you must self-isolate at your current place of residence if you test positive for COVID-19