HUNDREDS of protesters in La Linea have clashed with police at the border in an ongoing dispute over pay.

Around 200 municipal workers in the town, who are on strike after not being paid, marched from the town hall to block the border for an hour, meeting with a line of riot police.

Police fought back attempts to charge the line with batons resulting in a standoff between both sides that has left the border crossing gridlocked.

It comes after talks this morning between union officials and the bankrupt town hall failed to reach an agreement.

More than 800 workers are owed wages, some of which haven’t been paid since May.

One protester, Juan Corrales, 46, a health inspector, told the Olive Press he has worked for the Town Hall for 27 years but has not been paid for six months.

“My parents have to help me as my wife and four-year-old son also rely on my money.

In spite of the protests, the demonstrators also joined in with a minute’s silence for the 24-year-old from La Linea, Laura Gutiérrez, who was killed by her flatmate, Mohamed A., in Ceuta yesterday morning.

La Linea mayor, Gemma Araujo, declared today was an official day of mourning in recognition of the tragic and violent death of the young student.

See footage of the protest here: 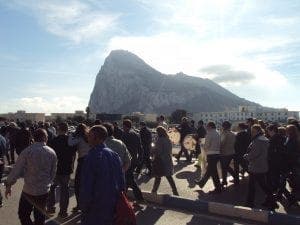 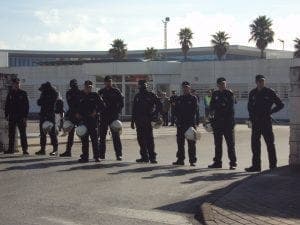 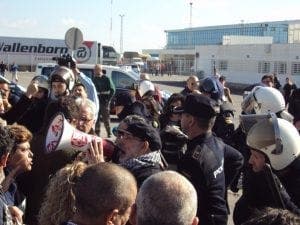 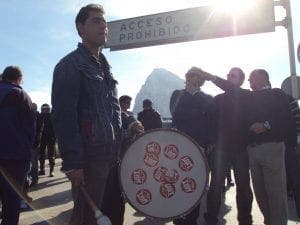