RESIDENTS in Spain have been clobbered by Spain’s most austere budget for three decades.

Homeowners and tenants alike have been left reeling after the government announced a staggering seven per cent hike in electricity costs.

In a move affecting the whole country, the cost of gas also went up by five per cent as of the beginning of this month.

In anything but an April Fool, residents will also be affected by a drastic funding drop for the regions, as well as an increase in income tax.

The moves are part of a raft of hard-hitting measures which aim to see cuts of around 27 billion euros.

– Ministry budgets slashed by up to 50 per cent

Consumers have at least been spared some pain as the much anticipated VAT (IVA) rise was not introduced.

However, the government is going ahead with a previously-announced increase in income tax by 1.9 per cent, with top earners hit especially hard.

Moreover the government plans drastic cuts in all its ministries with an average reduction of 16.9 per cent. The biggest cuts come in overseas aid.

According to Deputy Prime Minister Soraya Saenz de Santamaria the nation was in an ‘extreme situation’ and the budget needed to reflect this.

“Our top priority is to clean up public accounts,” she said.

She added that there needed to be ‘serious efforts’ to introduce structural reforms to stimulate the economy and create jobs.

The Financial Times however deemed it ‘strange and worrying’ and said it ran the risk of ‘exacerbating social tensions without creating the conditions to allow a fall in the costs of Spanish
bonds’.

Meanwhile, Volker Kauder, who was sent by German leader Angela Merkel to inspect the books and discuss the changes, said he believes Spain is ‘on the right road’.

The Rajoy administration has now been in power for 100 days. 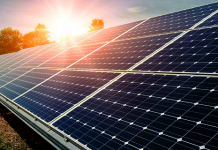 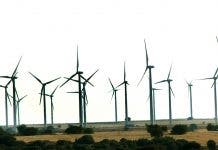 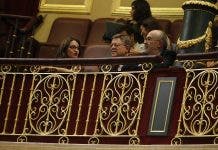