AN expat masseuse has turned down the opportunity to do what teenage girls throughout Britain and America would probably be willing to kill for.

For when British-Irish pop sensation One Direction visited the Pangea nightclub in Puerto Banus, Michelle Honeker refused to massage them because they ‘looked too young’.

“No way was I going to put my hands on their wee bodies, it would just be weird!” said the 27-year-old Scott, who works as a beautician at the club.

“Someone pointed out Zayn Malik and I was like, ‘What? He looks about 14!’”

Despite being offered €100 to rub down the teenage pin-ups – whose ages actually range from 18-20 – Honeker refused to budge.

“I don’t know if the One Direction boys were upset at the knock-back, but to be honest it doesn’t matter.

“Celebrities don’t impress me, they are the same as everyone else. If I don’t want to touch someone then I shouldn’t have to,” she added. 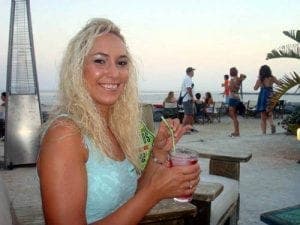