FASHION magazine Vogue has held a star-studded party in Madrid for the launch of its December 2012 issue.

On the guest list were Real Madrid striker Cristiano Ronaldo – who, dressed in jeans and trainers, avoiding the red carpet – and his Russian supermodel girlfriend Irina Shayk.

The 58-year-old, known for his work with Madonna, Princess Diana and most recently Kate Moss, looked more than comfortable as he posed with a string of famous fashionistas. 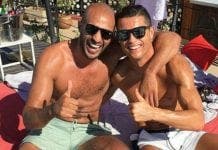 Shocking claims suggest Cristiano Ronaldo is in a gay relationship 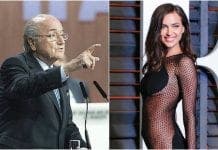 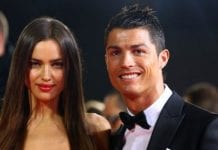