IN what could see his popularity plummet further, King Juan Carlos faces more embarrassment over the threatened release of 200 emails.

One of the emails, which has already been leaked, is said to cause speculation regarding the friendship of King Carlos and German aristocrat Corinna zu Sayn-Wittgenstein.

Sayn-Wittgenstein, who is 28 years younger than King Carlos, first made headlines when it was revealed she had accompanied him on his much publicised elephant hunt last year.

The documents are currently in the hands of Diego Torres, former business partner and alleged co-conspirator in the on-going case of the Kings son-in-law Inaki Urdangarin.

In what has been called ‘public blackmail’, Torres has said he will release the 200 emails unless prosecutors spare him jail for the embezzlement charges he faces.

He and Urdangarin are accused of embezzling public funds through a non-profit organisation he chaired in Majorca. 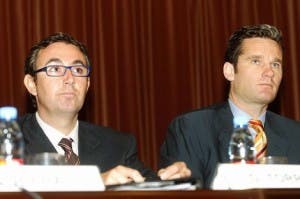