IT can be an overwhelming experience trying to work out where to send your kids to school.

Then try moving to Spain, where the numerous schooling options available can cause a massive headache.

Whether it be the local state school – some that teach in two languages, some just in Spanish – the local private school, the church-run schools or a big international school, it is never an easy choice.

Here we break down the different options available and interview a set of parents who have chosen each different educational path for their child.

Perhaps the easiest option is to send your child to a fee-paying international school, which are normally bilingual, but with at least some classes taught in Spanish.

While most schools on the Costa del Sol are predominantly English, most have a genuine international mix, so your child is likely to be making German, Dutch and probably the odd Russian friend.

They are also increasingly popular with middle class Spanish parents who want their children to learn English.

Andy Chapell and his partner, Pauline Elkin, both 56, used to be teachers in the UK.

The couple who own Hotel Molino del Santo, in Benaojan, originally sent their daughter, Rosanna, now 17, to a state school in nearby Ronda, but withdrew her because they were unhappy with the education she was receiving.

They now pay €17,000 a year to send her to Sotogrande International School where she is working towards an International Baccalaureate (IB).

“It’s been fantastic so far,” explains Andy. “There are children with around 46 different nationalities at the school and that’s great for any child’s experiences.

“It is very mind-expanding for her to have friends from all over the world.

“I also think the IB is challenging and much more rigorous than A-Levels, which we think are limiting.

“The IB seems to be more varied and as well as being academic there are lots of practical assignments, like volunteering projects.

“It is a huge financial commitment but one we hope will more than pay off.”

For a less expensive option Spanish private schools can offer an opportunity for your child to really integrate within the community while getting a good quality education following the Spanish curriculum.

Theodora Delville, 41, and her partner, Adam Neale, 43, send their two children, Lucien, 7, and Lyndon, 5, to Colegio San Jose, in Estepona.

The €500-a-month-a-head school was the obvious choice for Belgium-born Theodora who was keen to integrate as much as possible after moving to Spain ten years ago.

She says: “If we are going to live in Spain then I think it is important that our children grow up as Spanish children.

“The school has an excellent reputation and it has a very good learning environment with tennis courts and a swimming pool.

“They have small class sizes and lots of extra-curricular activities such as music and sport.”

She adds: “The Spanish education system, although a bit rigid, is very similar to the one I am familiar with back home in Belgium.

“The kids seem to be getting on very well at the moment but if that stopped being the case we would maybe look again and change.”

Most people will, of course, opt for local state schools (known as public schools) which are free.

Classes are usually taught in Spanish, with English as the main foreign language, although increasingly various state schools are adopting English for many classes.

Insurance broker Carol Crompton and her husband, Mike, moved to Spain 12 years ago with their two-year-old son, Jake.

Weighing up the financial considerations, the couple decided to send him to a state school along with younger sister, Sophie.

Jake is now in his third year at Instituto Las Vinas, in Manilva, and Sophie attends CEIP primary school in Casares.

Carol, originally from Oxford, explains: “Our decision was financial to a certain extent but we also wanted them to be part of the system here, we wanted them to speak the language and now they are both bilingual. 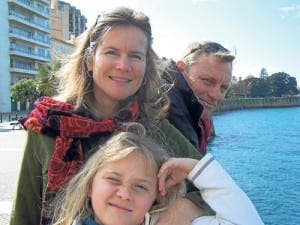 “They started schooling here from the beginning which made it easier for them to pick up the language, but we have a friend whose eight-year-old son came from England not knowing a word of Spanish but by attending school, with all the classes in Spanish, he soon picked it up.

“I think it depends on the individual child because we have had friends whose children have ended up going to an international school because they just didn’t get on with the Spanish system.”

Despite now being fluent in Spanish, Carol admits that it is sometimes hard to keep up with the parent and teacher meetings.

She says: “It’s true that I have come away from the odd meeting not entirely sure I have completely grasped what has been said!

“But I have found both schools to be very friendly and welcoming.”

Both children are working towards their Baccalaureate, the Spanish equivalent of GCSEs, where they have to pass a variety of exams in up to nine different subjects.

Carol adds: “The Spanish education system seems to be much more demanding than in the UK, which may not be a bad thing.

“My only concern is that it is not as creative as I would like, it is all about learning by the book and not really thinking outside the box.”

While being bilingual is certainly an asset, parents need to ensure English reading and writing skills are kept up to scratch at home.

Young Minds Abroad, www.youngmindsabroad.com, is a parent-based resource for people wanting to give their children extra help with their English skills.

The Association for Home Education in Spain (ALE) was set up a few years ago to bring together families who want to home educate their children.

It wants to give home education the same status as it has in other EU Countries and get it legal status and make it a valid option for people wanting to educate their children themselves.

One keen advocate is Louise Sutton, 48, who has lived in Spain for 35 years and has always disliked the conventional education system. She sent her son, Thomas, to a local school until the age of nine, but withdrew him when he began to get unhappy and despondent towards his studies.

While technically illegal, Thomas, now 11, is taught at home with a combination of private tutors, online courses and outside activities.

Sutton explains: “I would like people to be more aware that home education is a viable option for people unhappy with the school system, who can’t afford private schools or those living out in the country.

“Although legally things are blurred it is possible. My son just wasn’t happy in the school environment, he wasn’t interested in the material and the way it was being taught and it made him miserable.

“I think it is a very archaic system and it needs a lot of reviving which I think they are aware of.

“But unfortunately with the austerity measures it is very hard to offer much more than basic learning.

“At the moment, it just doesn’t encourage creativity.”

No more coasting on the Costa