A SHOCKING €32,452 of public money was used to pay for the wedding of former Prime Minister Aznar’s daughter.

A High Court judge has revealed how a PP slush fund provided the cash for generators, lighting, and even a sound system at the 2002 wedding of Ana Aznar and Alejandro Agag, which was attended by the Spanish royal family and even UK leader Tony Blair.

The organisation was left to Valencia campaign manager Francisco Correa, who is the svengali figure in the so-called Gurtel corruption scandal.

Meanwhile in Madrid, Judge Pablo Ruz has ordered the PP party to provide details about every financial transaction it received from 30 companies between 1990 and 2005.

All of the firms mentioned appear in the handwritten secret ledgers kept by former party treasurer Luis Barcenas.

The ledgers, which appear to show how the PP party’s raised at least €38 million in an offshore slush fund, have now been authenticated by handwriting experts.

The money was raised in a series of payments from businesses, with at least 30 of them being over the legal limit of  €60,000.

The money was used in turn to give cash bonuses for high ranking politicians in exchange for government contracts.

The judge has also ordered the head of security at the PP’s headquarters to provide detailed information on any visits by eight people whose names appear on the ledgers.

An investigation has also been launched in connection with art sales Barcenas and his wife used to allegedly launder 560,000 euros in cash.

It comes after Argentinean art collector, Isabel Mackinlay admitted taking €1,500 in exchange for signing a sales receipt which was allegedly used by Barcenas’ wife to offset tax. 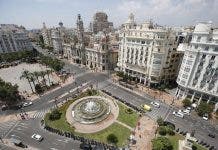 Joshua Parfitt - 4 Jun, 2020 @ 20:25
EUROPE’S first licence to manufacture medical cannabis extracts has been granted to a Spanish research institute based in Alicante.