THE UK’s largest shopping centre owner is to acquire one of Spain’s biggest retail spaces in a deal worth a cool €165 million.

Intu Properties, along with the Canadian Pension Plan Investment Board, has agreed to purchase the Parque Principado, a 75,000 square foot shopping centre in the northern town of Oviedo in Asturias.

Intu’s chief executive, David Fischel, said: “The opportunity to acquire Parque Prinicpado, a top 10 centre in Spain firmly establishes our presence on the ground in a country where we see considerable growth opportunities.”

The shopping centre, which opened in 2001, boasts 156 retail units, a 12 screen cinema and 20 restaurants. In 2012 it attracted nine million visitors.

Intu Properties, whose portfolio includes the Lakeside Shopping Centre in Essex, has also revealed it could launch a real estate investment trust for its Spanish holdings, suggesting it is confident the country offers attractive investment prospects over the longer term.

It’s been a big week for investment in Spain, with Santander announcing it was to make its first domestic investment since the onset of the credit crisis in 2008. 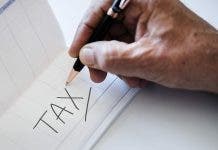 Tax avoidance or tax evasion – don’t get them confused!