By Imogen Calderwood and Carey Camel

‘SHE gets in free’ is the war cry on the clubbing front line at Puerto Banus. ‘We’ll even throw in a free shot’.

Pack in the girls and the guys will follow is the thinking of nightclub promoters, both here in Marbella and across the waters at Mallorca’s much maligned hotspot Magaluf.

Club marketing is undeniably predatory, the sole aim to lure the ladies in and ply them with free spirits to get them ‘in the right mood’.

And that’s not all they’re used for after dark in Puerto Banus, the Costa del Sol’s premiere party hotspot, a much seamier version of the once jetset marina set up by its founder Jose Banus.

The sordid truth is it’s easier to commit sexual assault on a victim who can’t fight back. ‘Get ‘em drunk: the goal is all the more easy’.

The problem is, these days it’s not just alcohol being used to make the women more compliant.

Liquid ecstasy, ketamine (a horse tranquiliser) and the notorious date-rape drug Rohypnol (Olive Press discovers how easily obtainable these drugs are, see below) are among the cocktail of chemicals doing the rounds on the clubbing circuit.

Most are quick-acting, taking effect within 10 to 20 minutes. They can easily be used to spike a drink as they have no smell, taste, texture or colour. Their effects can be intensified by alcohol and can last from two to 24 hours.

It is even apparently becoming acceptable in some circles, with huge American rapper Rick Ross glorifying the idea of slipping drugs into a girl’s champagne as a good way to ‘take her home’. However, a more sinister street drug is also becoming more prolific.

Burundanga, a plant extract derivitive, doesn’t require alcohol to take effect. Just breathing it in is enough. A light sprinkling on a banknote or a club flyer, shaken in a victim’s face, does the trick. Even a small dose causes complete loss of coordination.

Reports across the world suggest that sexual assaults resulting from drink-spiking is a growing problem. And not just Spain’s problem.  Channel 4’s Dispatches programme recently revealed that one in four British women have had their drinks spiked in nightclubs.

And, most alarmingly of all, according to the British Behaviour Abroad Report, last year saw a massive 60% increase in rapes and sexual assaults in popular tourist destinations across Spain, Turkey and Greece.

Spain had the highest number of reported attacks, and in a shocking case in Magaluf last week, a British girl claimed to have been raped after being given a date rape drug.

The 18-year-old girl, from Northern Ireland, had become the victim of a very sinister pub crawl trend, in which the girls are encouraged to commit sex acts on their male counterparts.

In horrific footage, which made front page news in the UK, the girl was seen performing oral sex on a staggering 24 men.

She also claimed she was raped later that night. What is certain, is that the British group that organised the event, Carnage, has a lot to answer for. On a recce to the holiday resort this weekend, I was shocked to see major carnage indeed. Young teenagers laying and throwing up in the gutter, some passed out and clearly the worse for wear. Many had practically no clothes on.

Reps went around pouring bottles of peach schnapps into open mouths and generally encouraging the behaviour, while the authorities and, in particular, the police were few and far between. The security of these vulnerable young girls very much compromised.

“It is time to act and for criminal proceedings if necessary,” said CEO of Melia Hotel Group Gabriel Escarrer Jaume. “It is time to shout from the rooftops that such degrading tourism is not worth it.”

So how serious is the problem closer to home in Puerto Banus?

Lina Hodgkins, in charge of marketing for the Linekers group of eight clubs and bars, insists that it’s not. “I’m sure it does happen, but I don’t think it’s a problem,” she told the Olive Press. “I think most of the time, when people say they have been spiked, they have actually just drunk far too much. It’s an immediate excuse they can pull out of the bag but in reality it’s self-induced.”

Although the symptoms from spiked drinks are similar to drunkenness – vomiting, dizziness, tiredness and collapse – Hodgkins insisted that only spiking would result in total loss of coordination.

By Hodgkins’ description, and judging from scenes witnessed by the Olive Press team at Puerto Banus, drink spiking IS a serious problem.

We saw a number of revellers being ‘dragged’ home by their friends, heads lolling, feet struggling to find traction on the ground, demonstrating a ‘total loss of coordination’ in our book.

A TV executive told the Olive Press last year how she had had her drink spiked while researching a TV programme on the town.

On top of this, as the Olive Press reported in June, a pair of British golfers were robbed and dumped by the roadside after their drinks were laced with Rohypnol.

In another shocking attack, BBC radio presenter Alan Tait was left in a ‘coma-like state’ after being drugged and battered by an organised gang in Puerto Banus.

Tait woke up in an empty street covered in cuts and bruises, stripped of his shirt and with his trousers torn, having been left for dead.

There are many other stories doing the rounds, but most go unreported both to the papers and police.

Police allegedly found the date rape drug Rohypnol in the house of a wealthy British businessman last month, while the friend of another wealthy expat told how the father was looking for the ‘Englishman who put powder in his 16-year-old daughter’s drink in Elviria’.

“He knows going to the police is a waste of time so he is going to sort it out in his own way,” she revealed.

Most alarmingly, in another incident, the Olive Press heard of a club that had allegedly sacked (not gone to the police) a barman, who had been caught on CCTV putting a drug in a punter’s drink.

That said, it’s not only club managers who would rather look the other way. When the Olive Press contacted police in Marbella and then in Madrid to get statistics, we drew a big blank.In

Marbella town hall and police initially told us they had no records of reported date-rape attacks and directed us to the police in Madrid.

Madrid’s national police had no records for Marbella or Puerto Banus and redirected us to the local police. When we asked them again for statistics they refused, saying our request was ‘unauthorised’.

The Home Office was also unable to break down sex crimes into a section on date rape drugs, nor give us statistics for the Costa del Sol’s resorts.

The Costa del Sol Hospital was also unable to give us any statistics on those people assaulted after being given drugs.

To be fair, the biggest problem in reporting cases is that traces of the drug can disappear from the body within 12 hours.

There’s slim chance of a rape victim recovering full consciousness within that time, much less being in a condition to report it to the police. And then she has to be taken seriously.

But for a place where spiking ‘almost never happens’ it seems too coincidental that the very first woman we spoke to had been a victim.

British barmaid Simone, who works at the Puerto Banus nightclub Ink and would only give her first name, explained how the incident had only been spotted by a sharp-eyed friend.

“I was at a club called Seven earlier this year when this man sidled up to me and started chatting me up,” she revealed. “Next thing I knew he had slipped something into my drink, which was luckily spotted by my friend. I confronted him and he freely admitted it, even laughing it off. He had soon slipped away.”

With most club staff and customers reluctant to talk on record, spiking was starting to feel like the dirty little secret of Puerto Banus. Although the disco lyrics blaring out of every club doorway had plenty to say on the subject.

Take the infamous ‘rape anthem’ Blurred Lines which addresses the apparently ‘blurred lines’ between consensual sex and rape. You hear it in almost every club and bar.

Produced by the controversial ‘poster boy of misogyny’ Robin Thicke, the line ‘I know you want it,’ is repeated throughout the song. His counterpart Rick Ross, who performed at Puerto Banus nightclub Sleek in May, came under fire last year for lyrics advocating drink-spiking and rape in song U.O.E.N.O.

With misogynistic and violent lyrics like these filling our clubs – and the heads of those in them – are we encouraging a culture that legitimises sexual violence?

The UK foreign office has warned tourists on the Costa del Sol to be vigilant, and keep drinks in sight at all times.

With summer now in full swing, it’s a warning worth heeding.

Silk Road to the ‘dark’ internet

DATE rape drug Rohypnol is not nearly as hard to procure as you might think.

The infamous ‘dark internet’ website known as Silk Road sells all things illicit – everything from fake IDs to the date rape drug itself – and delivers them right to your door.

But you won’t be spending pounds and euros. Silk Road only accepts Bitcoins, an untraceable internet currency sold online.

The ‘dark internet’ – an occult part of the World Wide Web hidden from regular browsers and search engines – is only accessible through programmes that hide your computer’s IP address from possible police trackers.

Tor – the most popular of these programmes – allows users to access Silk Road and freely purchase the goods and services it offers.

In just 30 minutes, the Olive Press was able to purchase burundanga, the street name for scopolamine, for only 0.12567 Bitcoins (€57), which the website promised would induce a ‘relaxed and agreeable’ demeanour.

Rohypnol, a sometimes prescribed sleeping drug, was also available, but we decided that we should ultimately cancel our order so as not to perpetuate the exchange of illegal substances. 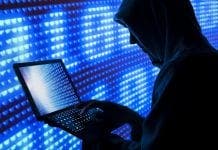 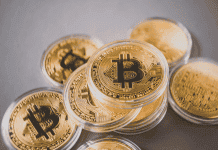 The Emergence And Growth of Bitcoin Casinos