THE British government has rejected a request by Gibraltar’s Chief Minister for a greater military presence on the Rock.

During a visit by UK Secretary of Defence Michael Fallon, Fabian Picardo said extra forces would act as a deterrent to Spanish incursions on British waters by Guardia Civil and Spanish navy vessels.

It was agreed that Gibraltar played an important military role as a base in relation to the Middle East and Africa.

The pair also announced that commercial tenders would be invited to resurface Gibraltar airport’s runway, starting next summer. The airport will remain open.

The runaway was resurfaced in 1993 and the Ministry of Defence (MoD) sees the work as a sign of long-term commitment to the Rock.

The MoD has also decided to release and transfer land from its Rosia Bay site – aka Fortress Headquarters – and a block of warehousing at the Naval Base, with the 2011 Lands Agreement scheduled to be updated in 2015 and all changes implemented by 2017. 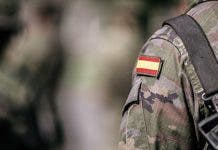 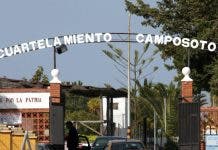 Laurence Dollimore (Digital Editor) - 28 Oct, 2020 @ 22:26
THE closure of the Andalucia's external border will not affect Gibraltar's cross frontier workers, it has been confirmed.