ANIMAL lovers across Spain are up in arms following the death of a five-year-old donkey in Lucena, Cordoba.

The donkey, named Platero, was being held in the town along with other animals as part of their Christmas celebrations.

Police have now opened up an investigation after a 150kg man was photographed riding the donkey on December 10.

By December 12 the donkey was unable to stand and had to be put down by a vet.

“The donkey was literally squashed by a man,” the complaint reads.

“The man tried to pose ‘galloping,’ with his almost 150kg of weight on the fragile body of the animal, squashing it to death.”

Meanwhile animal rights organisation PETA released a statement slamming the ‘cruel’ nature of the donkey’s death and urged ‘everyone to show some Christmas charity by refusing to partake in activities that involve live animals’.

The statement continued: “There is no excuse for the pain that this donkey endured from his internal injuries or for his horrible death, both caused because animals were seen as nothing more than living Christmas props.

“The selfish, reckless event organisers now have the blood of this poor donkey on their hands.” 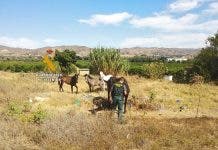 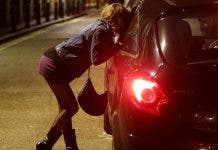 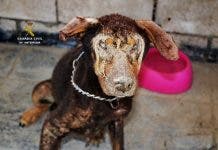