IT has been a stratospheric rise to rival any political party in the world. 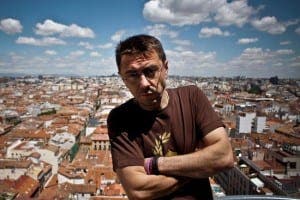 But now the Podemos steamroller appears to be shuddering to a tricky standstill.

Having got around 20% of the Spanish electorate’s votes by poll, their national and local election campaign looks to be stuttering after their co-founder and number three of the party Juan Carlos Monedero resigned.

Citing ‘differences of opinion’ the left-wing academic reportedly told a journalist that he was fed up that the party was becoming like the establishment that it was attempting to take on.

However, party sources insist that his departure could be a good thing as he has been the main target of the right-wing press due to his links with dictatorships in South America.

There has been continual speculation about how much money Monedero made from his connections to Venezuela’s Chavez regime and he apparently did not declare his high income correctly for tax purposes.

Spokesmen insist the departure is amicable but it does come soon after the third-in-command accused Podemos of starting to resemble the established parties and called for a return to its origins.

In a recent interview with Radiocable, Monedero had said: “Podemos is falling into problems because it no longer has the time to meet with the small circles, because it is more important to get one minute of TV airtime or do something that adds to the collective strategy.”

Pablo Iglesias has commented on his colleague’s resignation from the 15-month-old party.

He said: “Perhaps Juan Carlos isn’t a ‘political party’ man; he is an intellectual who needs to spread his wings.”