A NUMBER of Vladimir Putin’s closest allies have been accused of aiding one of Russia’s largest criminal groups in Spain.

The chairman of Gazprom, Viktor Zubkov, one of his deputies and two former Russian ministers helped the St Petersburg’s Tambov crime syndicate for over a decade, Madrid prosecutors say.

A 488-page document presented to the courts outlines a decade of investigations linking offshore Russian organised crime to law-enforcement and policy makers in Moscow.

The document connects 27 people, based on thousands of wiretaps, bank transfers and property transactions. 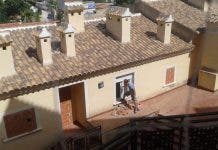