IF the mosquitoes haven’t gotten to you this summer, then the heat will have. 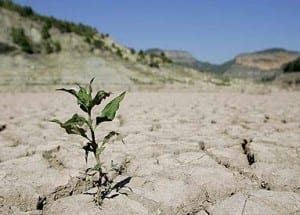 Many parts of southern Spain were hit by an intensive heatwave.

Almeria province, where I live, may have been a little cooler than the southern peninsula, but the humidity was terrible.

Even though we didn’t have any water shortages or forest fires, the humidity levels were the worst we have ever had in 50 years.

Summers in Almeria are usually very dry, but this year there was a moisture in the air that wouldn’t go away. Everyone from locals to tourist complained, the heat along with each day seemed to drag on.

But the question constantly being asked was, why has it been so humid this year?

Some locals I spoke to said the humidity was so high because more and more barren land was being turned back into agricultural land.

In some ways this statement made sense.

Over the past few months, plots of land that have stayed bare for years were suddenly being turned over for plantation. In keeping the ground irrigated, moisture from the plants may have risen in the air creating high humidity.

I think it may be partly due to this, but I think climate change plays the bigger part. We’ve experienced heatwaves this summer and now Spain is being hit by flash floods.

Is this what our summers are going to be from now on? Or have we just had an unlucky summer?