CONVICTED killer Kenneth Noye will not be heading to Spain anytime soon.

The two-time convicted killer and mastermind of the Brink’s-MAT gold bullion robbery was eyeing up a return to his Costa de la Luz pad, after it was announced that he will be released from UK prison within the year.

However his Spanish getaway plans have been scuppered, with Justice secretary Michael Gove rejecting a ruling to release the 68-year-old con.

The criminal mastermind hid out for two years on the Costa de la Luz, before he was arrested for the murder of Stephen Cameron, 21, beside the M25, in 1996.

Despite being Britain’s Most Wanted, police took two years to track him down to his stunning multi-million euro villa in Atlanterra, near Zahara de los Atunes (top). 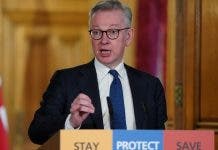 BREAKING: The UK’s Cabinet Office Minister, Michael Gove is self-isolating at home, as a family member displayed symptoms of coronavirus 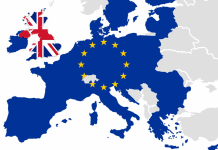 No deal Brexit risks for British in Spain and Gibraltar, detailed in leaked UK Government report