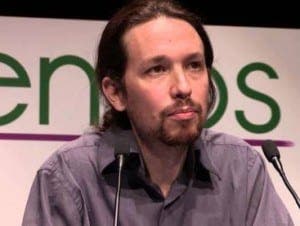 PODEMOS leader Pablo Iglesias is facing tough questions about a series of undeclared payments from an Iranian businessman.

Iglesias received a total of €93,000 between 2013 and 2015 from Iranian media mogul Mahmoud Alizadeh, according to police documents.

The anti-corruption party leader received the funds for presenting on Hispan TV – the Islamist TV channel based in Madrid.

The pony-tailed politician is now under investigation after he failed to declare the payments in his most recent earnings report.

The payments, originated from Iranian media company Global Media SL and were transferred through a number of accounts before finally being deposited into Iglesias’ personal account.