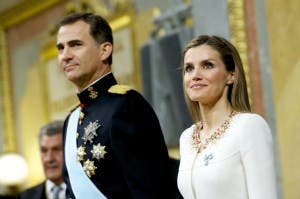 THE long-awaited royal state visit to the UK has been scrapped because of how long it is taking Spain to form a government.

In a statement from Spain’s foreign ministry, it was revealed that the visit of King Felipe VI and Queen Letizia has been ‘postponed’.

The invitation to visit the UK from March 8 to 10 2016 was accepted by the monarch on December 3.

It was especially exciting because Felipe has not visited the UK since he became king in June 2014, and it is over 30 years since the last Spanish state visit to the UK.

They were due to stay at Windsor Castle in a three-day visit.

The king has nominated PSOE leader Pedro Sanchez to form a government, but since it may take up to four weeks, the Royals have decided to stay at home.