ALBERTO Contador is determined he won’t retire in 2016 if his new team wins a WorldTour licence.

The seven-time Grand Tour winner hopes to raise €15 million for his RH+ Polartec development team to ride in the 2017 Tour De France.

Contador’s current team, Tinkoff-Saxo, is set to withdraw at the end of this season, leaving a WorldTour space for next season.

“There are two options in my head: to keep the idea of retirement that I expressed a year ago, or [ride for] the professional team that we are planning,” said Contador. 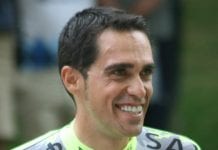 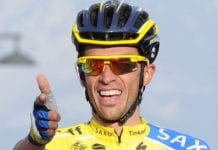 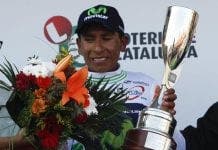