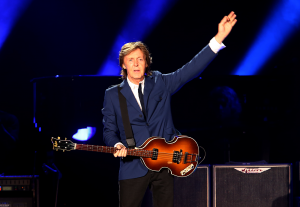 ONE of the greatest musicians of all time, Sir Paul McCartney, has announced his first Spanish gig in 12 years.

The 73-year-old former Beatle will bring his ‘One on One’ world tour to Atletico Madrid’s Vicente Calderon stadium, on June 2.

McCartney will play classics spanning his entire career as a Beatle and as a solo artist.

Fiona Govan - 28 May, 2022 @ 16:00
SPAIN will impose limits on air-conditioning in public buildings this summer in a bid to slash its energy bill as prices soar. Civil servants will...