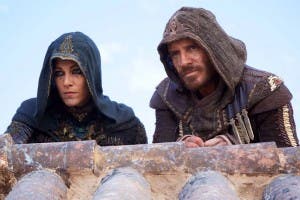 Set in the 15th-century, the film about the Spanish Inquisition stars Hollywood greats Michael Fassbender and Marion Cotillard.

Fassbender, 38, who plays a hunky Spanish assassin named Aguilar was pictured joking with crew and extras on location in December.