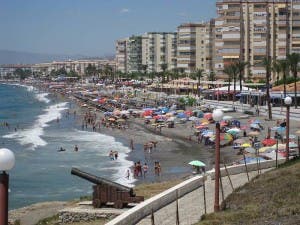 TORROX town hall is reaping the rewards of its €307,000 investment into a new breakwater for Ferrara Beach.

The semi-submerged device, which slows down beach erosion by reducing the force of waves, has already added 20-25 metres of natural beach.

Construction of the 115 metres long and eight metres wide defence, which began in February, has been completed in record time, four months earlier than expected.

Mayor Oscar Medina praised its speedy completion, saying it was ‘a historical demand of the municipality of Torrox.’

Alex Trelinski - 27 Jan, 2023 @ 19:00
A MAN married two women within months in the Madrid area so that his wives could get Spanish residency papers. The ceremonies were performed in...