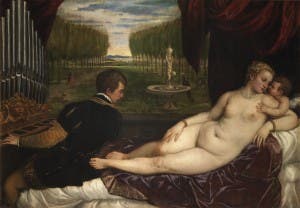 A COLLECTION of previously banned nude paintings is being lent out by the Prado museum.

The raunchy collection titled Splendor, Myth and Vision: Nudes from the Prado will be showcased at the Clark Art Institute in Massachusetts, USA.

Painted by artists such as Titan, Rubens and Velazquez in the 16th and 17th century, the works were banned when they first appeared for being ‘taboo’.

Until the 19th century nakedness was considered officially shameful and suspect and was rarely seen at public art galleries.

It is the first time the paintings have travelled out of Spain.

Anthony Piovesan - 1 Dec, 2022 @ 14:15
Emergency crews are still searching for a hiker who has been missing in bushland on Mallorca for five days. The hiker, a Spanish national and...