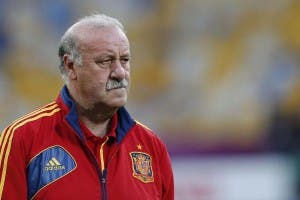 FOLLOWING a hollow performance last week against Italy in Euro 2016, Spain is out of Euro 2016 and football manager Vicente del Bosque has officially announced he will retire.

Del Bosque insisted that Spain’s disappointing Euro finish did not affect his decision to retire.

“No matter what the result of the Euros was, I had no doubt about what my future would be,” del Bosque said.

The renowned manager’s national team achievements include the World Cup 2010 and Euro 2012 championships.

The 65-year old’s contract lasts until July 31, and he promised to help the Spanish football federation with the transition in any way possible.

Such a critical post cannot remain empty for long, though, and the rumour mill for potential replacements is already in full swing.

The three most popular candidates are: the old Granada coach Joaquin Caparros, the previous Spain U21 coach Jolen Lopetegui and Jose Antonio Camacho, formerly coach of La Roja, with Caparros as the odds-on favourite of the three.