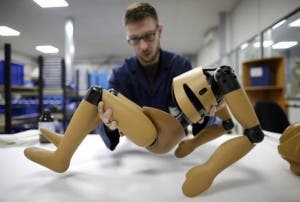 AS expats dread Brexit and a possible recession beckons, there is one UK firm gearing up to expand to Spain.

Encocam, a company that makes crash-test dummies in Cambridgeshire, is shifting its sights to the continent, stating it ‘can’t wait two years for business rules to be rewritten’.

“We cannot wait for two years to see what will come out of this,” said MD Mike Ashmead.

“We are shifting our sights to the continent, one quarter of my employees come from EU countries and we already employ high-tech Spanish workers.”

Spanish chemical engineer Angel Rivero Falcon, 30, who has worked for Encocam for more than four years, has also expressed his support.

“I have noticed a difference around me and I believe the vote could change Britain’s image abroad as a welcome place for young, skilled Europeans,” said Falcon.