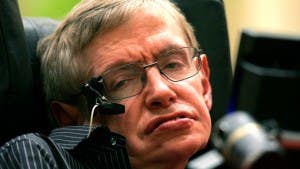 STEPHEN HAWKING has said the biggest threats to mankind are pollution and human ‘stupidity’.

The world’s leading theoretical physicist made the comments at the Starmus science conference in Tenerife, Spain.

He said ‘we have certainly not become less greedy or less stupid’ in our treatment of the environment over the past decade’.

“Six years ago, I was warning about pollution and overcrowding, they have gotten worse since then,” he said.

“At this rate, it will be 11 billion by 2100. Air pollution has increased by 8 percent over the past five years. More than 80% of inhabitants of urban areas are exposed to unsafe levels of air pollution.”

The conference’s theme was a tribute to Hawking’s work, which most recently includes a plan to map the entire known universe using radiation patterns.