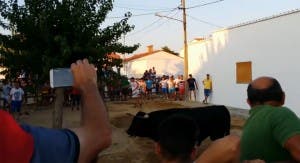 A 60-YEAR-OLD man has been gored to death at a bullfighting festival in western Spain.

He had tried to escape the bull, who had charged through its enclosure, by climbing over a fence.

However he fell back down and landed in the bull’s path.

He was rushed to a hospital in Caceres where he was treated for a collapsed lung and serious head injuries, but died after undergoing surgery.

He was participating in the Fiestas de Valrío de Caceres in Valrio, a town of 400 people.

His death is said to be the first in the local event’s history. 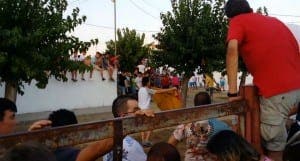 Mayor of the region Juan Carlos Blazquez announced three days of mourning to be held as a tribute.

He said: “From the municipality of Guijo de Galisteo, we offer condolences to the family and friends of M.C.S. who died during the celebration of the last bullfighting festival of the town.”