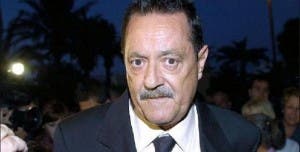 FORMER Marbella mayor Julian Munoz will likely die in prison after he received a 20-year additional sentence in relation to corruption.

Munoz – who was convicted of a number of charges including embezzling public funds, as part of the Malaya case – had just three years remaining of his current sentence.

The 67-year-old former politician, who was Marbella’s mayor from 2002 to 2003, has suffered many medical complications since he was first jailed in 2006 and was hospitalised in June after his blood pressure fell dangerously low.

Due to his ongoing illnesses, Munoz has served his the past three months of his sentence in a low-security facility in Algeciras that allows for more comprehensive care.

He and his attorney have petitioned the court to grant parole on a special health exemption, but so far these efforts have proved unsuccessful.