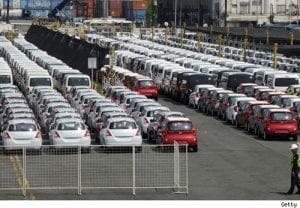 Flexible labour laws and a vast network of local parts suppliers have encouraged companies like Volkswagen and Daimler to ramp up their production capacity, with the former investing €1 billion into its Pamplona plant this year.

The car sector accounted for 8.7% of Spain’s gross domestic product last year, up from 5.2% in 2005, according to ANFAC, the country’s association of car manufacturers.

It now employs 9% of Spain’s workforce and produced a record 2.7 million vehicles last year, 80% of which were exported.

The boost has been linked to reforms brought in by the PP in 2012 which made it easier for employers to lay off longtime employees and weakened collective bargaining agreements.

Jorge Hinojosa - 17 Aug, 2022 @ 15:00
A CEREMONY took place on La Rambla on Wednesday morning to commceremonia antentadoemorate the victims of the jihadist attack that took place on the...