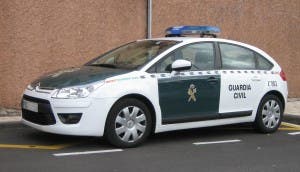 A CRAZED ex-boyfriend has been arrested after pouring superglue into his former lover’s vagina.

The Guardia Civil arrested two people for abducting a 36-year-old woman before torturing her in a car.

After hours of abuse she was then dumped naked on the side of the road with her hands tied behind her back.

The victim was abducted near her home in Leon when walking her dog at 11pm in the evening. After being bundled into a car she was driven to a nearby lock-up garage where the pair threatened they were going to tie her to a train track.

She was taken to a nearby hospital after being found on the side of the road by passing locals.