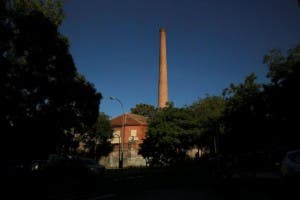 A CENTURIES-OLD tapestry factory in Spain has been saved from bankruptcy following an injection of public money, a debt restructuring plan and its biggest order in 200 years.

The 296-year-old Royal Tapestry Factory in Madrid hit trouble when the market for hand-woven tapestries and rugs plummeted during Spain’s financial crisis.

Its tapestries and rugs can be seen in every palace of the Spanish Crown, including the Royal Palace, the Palace of El Pardo, Aranjuez Palace and the Riofrio Palace.

“It was now or never,” said Maria Pardo, a Madrid city council official who announced with the regional government and the Ministry of Culture an increase in annual subsidies to €1.5m next year from €900,000 euros.

The factory barely received any public money before 2015.

The cash has allowed the factory, which restores historical pieces as well as taking on new orders, to pay delayed wages. 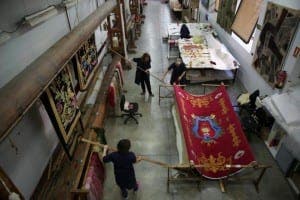 A restructuring of bank debt and a focus on international sales have also helped the business with its turnaround.

The revived company, which holds a priceless collection of tapestry templates by Spanish artists including Francisco de Goya, has had to almost double its staff to 60 to deal with new orders.

The German regional government of Saxony has recently commissioned 32 tapestries, the factory’s biggest order in the last two centuries.