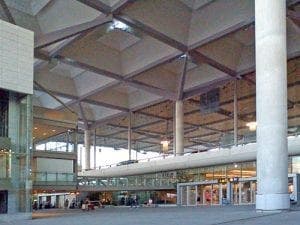 SPANISH National Police police are investigating the strange death of a Brit found dead near the train station at Malaga airport.

The body of the 51-year-old man was found lying face-down and bound with cable ties. His trousers and underpants were lowered and his genitals were inside an empty tuna can. Two slices of ham were on his buttocks.

Initial tests confirmed he died of asphyxiation and drowned on his own vomit.

Police sources named the man as Steven Frank A. He was frequently seen around the airport terminal and car parks, pushing a trolley and begging.  It is believed he had previously suffered outbreaks of schizophrenia and also had problems with alcohol.

Anthony Piovesan - 7 Feb, 2023 @ 18:30
On the would-be birthday of missing Amy Fitzpatrick her ‘broken’ family have one wish. Instead of celebrating what would have been Amy's 31st birthday today,...