THE world’s top hotel owners have been in Marbella for the annual Luxury Hospitality and Lifestyle Awards.

Taking place at the Villa Padierna Palace hotel, hotel owners flew in from across the globe for the fourth edition of the prestigious event.

Exclusive properties from across the globe received the Signum Virtutis sea of excellence award, including the Byblos in St Tropez, the Peninsula in Paris and the Castadiva Resort & Spa in Lake Como. 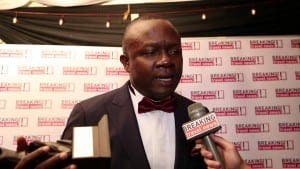 Meanwhile, German entrepreneur Regine Sixt was awarded the woman of the year award and Valentine Ozigbo of Transcorp Hotels claimed the gong for CEO of the year.

As well as the award ceremony, guests were also treated to a cocktail reception and a performance of Nessun Dorma by Ukrainian soprano Arina Domski.