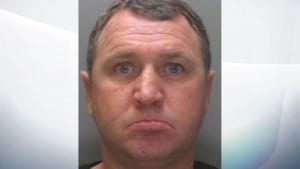 A COUSIN of former England captain Steven Gerrard has handed himself into police after featuring on a list of Most Wanted criminals thought to be hiding out in Spain.

Suspected drug dealer Robert Gerrard, 53, handed himself in to police in Manchester after being included on the Operation Captura Most Wanted list.

Gerrard – who was thought to carry out his business in Spain and Holland – handed himself in after ‘feeling the pressure of being on the run’.

He has now been charged with conspiracy to import cocaine in a €60 million drugs plot.

Gerrard is the third most wanted fugitive to be caught in a week.

It comes after the Olive Press tracked down suspected paedophile Matthew Sammon following a tip off from an eagle-eyed reader.

And just days later, convicted rapist Mohammed Alam was picked up in Tenerife.