VIBRANT and enchanting dance spectaculars will today take over the streets to mark Dia Del Flamenco. 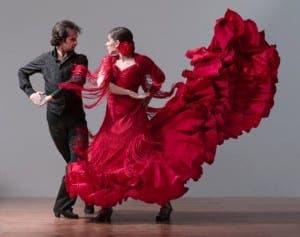 The sixth annual celebration is taking place all over Andalucia to celebrate the passionate dance, music and singing form that has its roots in the region.

A dance flashmob, a gala and concerts are some of the many events planned, both today and throughout the rest of the week.

The day has been recognised by UNESCO due to the dance’s important cultural heritage.

Here is the round up of the top events in Andalucia.

A flashmob will stage a tango performance today in la Plaza de la Constitucion between 6 and 7pm.

At the Teatro Cánovas, students will perform tangos, fandangos, and a special performance for children.

More free flamenco will take place at Sala Velvet at 10pm, while a talk by British author Iván Berner on his book ‘Flamenco Stories’ will be at 6pm  in el Centro Andaluz de la Letras 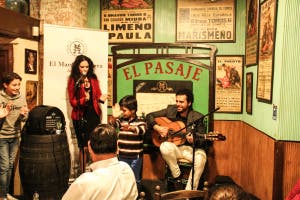 A whole week of celebrations is now underway in Benalmadena.

On Friday, young flamenco performers will take to the stage at Peña Ntra. Sra. De la Cruz at 9pm.

The big gala will be on Saturday at Benalmadena’s Casa de la Cultura with several acts.

On Friday, a free flamenco spectacular will take place at the Teatro Felipe VI at 9pm.

Free guided tours are taking place at the  Posada del Potro at 1, 5, 6 and 7pm, which all end with a flamenco guitar concert.

A guitar show will be at 5.30pm in the Plaza del Potro.

A free concert with David Carmona will be held in the Teatro Alhambro today at 9.30pm.

An exhibition is now open in the city from 9am to 2pm until Saturday at El Centro de Documentación Musical de Andalucía.

Performances with Yolanda Maro will take place on Saturday at 11am, noon and 1pm in la Plaza del Aljibe. 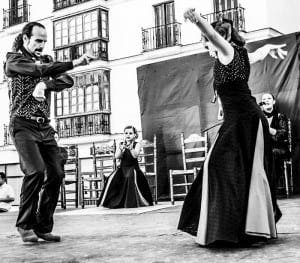 A performance will go ahead in the Museo de Jaén at 7pm today.

Several flamenco clubs will hold events on Friday and Saturday.

A concert will be at Tabanco El Pasaje today at 9pm.