A SPANISH restaurateur has won his second three Michelin star restaurant for the first time in the country’s history.

Martín Berasategui was awarded the honour for his new Barcelona joint Lasarte making it the ninth in Spain to be granted the illustrious ranking.

Berasategui has a total of eight Michelin stars, making him the most decorated chef in Spain.

His other stellar restaurant is the eponymously named Restaurante Martín Berasategui in Lasarte-Oria, Basque Country. 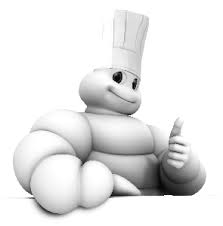 The award means that Spain now has the third highest number of three starred restaurants, sitting below only France (25) and Germany (10) and beating Italy (8) and the UK (4).

Spanish restaurants had a bumper night at the award ceremony for the 2017 guide, which was held in Girona.

A further 15 establishments were awarded one star ratings, pushing the number in Spain up to 166.