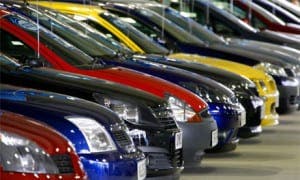 CAR manufacturers in Spain are offloading an increasing number of motors to countries outside the EU.

A 176% increase since 2009 has seen Spanish manufacturers target the US, Turkey and Algeria in particular, as well as South Korea and Mexico.

In total 1.85 million vehicles were exported through the first nine months of 2016, up 8.4% from the previous year.