THIS Christmas Eve, it will be six months to the day since the Brexit Referendum result and I am reminded of the German names of two of Santa Claus’ reindeer ‘Donner’ and ‘Blitzen’. In English, ‘Thunder’ and ‘Lightening’. 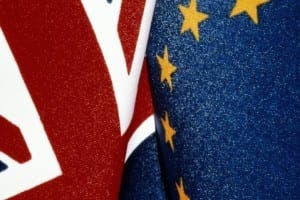 More about Germany below but first, a confession. When I started writing these articles for the Olive Press I thought that Brexit was a matter to be considered within the ambit of law and politics. So, I have written at some length and sometimes presciently on issues such as the Royal Prerogative and European Citizenship. Separately I have had occasion to give talks on British secession from the EU in Morocco and Spain and I have been interviewed on the BBC, Cadena COPE and elsewhere.

I have come to realise, however that this is not just about law and politics served neat but maybe, the editors of OP should’ve asked a psychiatrist to write about Brexit and the effect that a Referendum result seems to have had on people who still define themselves as democrats. For months now there has been wailing, gnashing of teeth and whimpering more suited to the aftermath of a tragedy and therefore surprising because we are dealing with a decision by the British people to withdraw not from Europe (that would be physically impossible), but from a bureaucratic entity created by some, not all, European countries i.e. something not dissimilar in principle to Ricky Gervais’ dystopia “The Office”.

The latest offering has thrown me sideways. A reputable Labour MP, Ben Bradshaw has claimed in Parliament that the Referendum result was tilted by “Russian cyber warfare”. Tragically, I do not think that he was joking. It is extraordinary, to my mind that an experienced socialist politician should have apparently not realised that the result was a judgement on years of weakness, indecision and arrogance at the top of the European Institutions. The voters, particularly those three million people who don’t make it a habit of voting but did so on this occasion had had enough and wanted change. To say they were influenced by Russian secret agents makes the toes curl.

At this time of the year we are called upon to try to predict what will happen in the New Year.

In the context of Brexit I think that the focus will move away from Britain to Germany.

The economic data suggests that Germany literally cannot stop trading openly and uninhibitedly with the UK which accounts for 20.5% of Germany’s entire trade surplus. That is £51 billion per year.

Brexit has caught Germany in a vulnerable position. Its bailouts of Italy, Spain, Portugal and Greece has lost it £125 billion in interest which was due to it from the European Central Bank. There is a funny clip on YouTube of a German reporter outside a Madrid public building remarking on the large number of civil servants arriving very late indeed for work. One lady candidly explained that she had overslept and all agreed that there would be no sanctions for their lack of punctuality. The RTL newsman ends by saying that with this attitude Germany has little hope of recovering what it is owed by countries in Southern Europe.

The Germans are losing patience with the Latin belt and ironically, all the indications are that Germany’s best bet is to have an optimum relationship with the UK.

At this point it is well to remark that when we talk of £51 billion here and £125 billion there and €400 billion, calculated to be the cost of the immigration crisis over the next 20 years, we are talking of the German taxpayer whose money is being diverted from hospitals, schools and infrastructure.

My prediction is that next year we should look out for thunder and lightning coming from Berlin and the Länder and that Germany will look to cement its trading relationship with the UK.

One thing that does unite most Europeans from the Arctic Circle to the Greek Islands is Christmas. I wish all my readers a very happy Christmas and a prosperous 2017.

Alex Trelinski - 11 Aug, 2022 @ 11:31
A plane carrying 294 Afghans and their families who worked for Spain landed in the country on a flight from Pakistan on Wednesday night. Most...