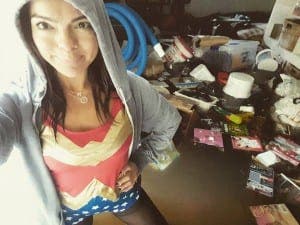 LAST month, my ‘glamorous’ Marbella lifestyle veered catastrophically off-track like a runaway train, taking with it my best friend, my home and my income in a series of unforeseen circumstances and cruel twists of fate I won’t elaborate on.

With only five weeks to go until Christmas I was a jobless, penniless freelance writer and single-mother of no fixed abode – now there’s a Tinder resume if ever I had to write one. I woefully packed my belongings into boxes and put them in storage at my mother’s house.
The first of December could not come quick enough.

I’d survived the very worst month of my life, the only way was up! Determined to turn the tide and put an end to November’s misery and misfortune, I catalogued the triumphs and disasters of the past month online, with all the sarcasm and humour I could muster, ending the list with, ‘Twenty-nine days! It’s been wonderful, beautiful, tragic and magic. All great changes are preceded by chaos…Let’s have you, December! Gimme your best shot!’

Three days later the heavens opened and, on the fourth, the Costa del Sol suffered the worst rains since 1989, with flash floods ravaging homes and vehicles and even claiming two lives. 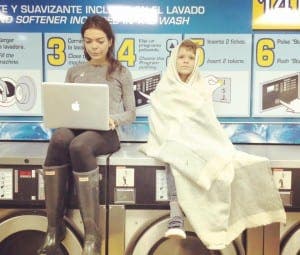 I don’t know who or what I was goading when I penned those now immortal, words ‘Gimme your best shot’ but someone was listening and they didn’t pussyfoot around!
By morning it became apparent that most of Nueva Andalucia was under water and I braved the elements up to my mother’s house in the Golf Valley.

Eskimo attire, head torch fixed and Wellington boots on, I descended slowly to the basement and my heart skipped several beats as I watched my whole life’s possessions floating and sinking in almost a metre of water.

For the next five hours I went up and down those stairs like a woman possessed, arms laden with bundles of saturated clothing, soggy storage boxes and suitcases, sweating, swearing, shivering and shaking, rejoicing every time I recovered some small prized possession.

There was no method to the madness; only an adrenalin-fuelled force that propelled me to keep going and save whatever the water had not yet destroyed. But I was fighting a losing battle. Each time I wrapped my arms around a cardboard box and attempted to lift it, it gave way like a Chuckle Brothers comedy skit, except there was only one Chuckle Brother and I wasn’t laughing.

In the midst of all the chaos, I chanced upon my Wonder Woman costume and, in a moment of folly (or enlightenment!) I thought, “If not now, then when?”. 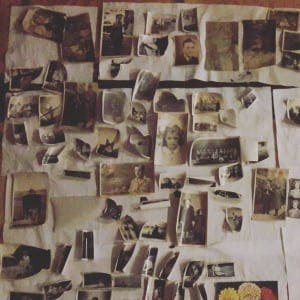 My oddball humour was persisting but, as I stood waist-deep in freezing water, clad in a tight, bright, Lycra superhero costume and water-filled Wellington boots, I conceded that both my strength and what was left of my sanity were finally leaving me!
It took 12 hours to pump the water out of that wretched basement and then the real hard work began. We laboured solidly for nine days, friends and family who showed up with sympathetic faces and eager arms, lifting, carrying, retrieving, washing, saving and discarding. For every item we were able to salvage, another five had to be condemned to the skip.

As I write this article, I’m sitting in a San Pedro launderette (I know, my life gets more glamorous by the minute) where I have five machine loads of washing on the go, and another five drying. It’s the first time I’ve stopped for a moment to contemplate the chaos of the past few weeks…and I’m smiling broadly.

Every evening this week, I’ve sat on the floor around the fire with my mother, recovering photographs from old family albums, laying them out to dry with painstaking care as we pour over the past: my great-aunt and uncle in Burma in 1916; my great-grandfather, smiling proudly in his officer’s uniform as he departed for World War II; my beautiful, blonde late grandmother sporting a sari in front of the Taj Mahal in the 1960s … ‘What a fox!’ I exclaimed and we laughed …and we cried.

We managed to restore and decipher letters, and read them out loud, and there was such delight to be found in recapturing the magic and mystery of those bygone eras. Meanwhile my mother unearthed her opera records and subjected the neighbourhood to La Traviata at full whack! 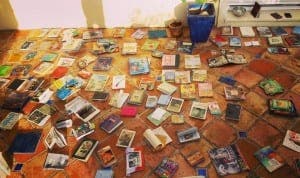 In 10 short days, I’ve grown closer to my mother than I’ve ever been before, as well as renewing a closer bond with all of my brothers and sisters. Childhood memories came flooding back, old jokes and nicknames were revived, there were moments of sadness, and great tenderness among us – but more than anything, there was laughter.
Few people on the coast survived this latest flood intact. Almost everyone I know was affected somehow and lost something. But I’ve lost nothing, nothing that matters…and I’ve gained so much.

I didn’t set out looking for silver linings but they’ve carried me through. I found out who my friends are (and how lucky I am)! I rekindled relationships, recovered my sense of humour and regained my passion for writing. I learned so much more about my family and their history. And I healed. More than half of my belongings are gone and I’m lighter, I’m freer, I’m liberated.

I’m not going to tempt fate again by signing off with another ‘Gimme your best shot!’ because I think this year has taken all I had to give. I’ll just say, ‘Roll on 2017! I think I’m finally ready for you!’