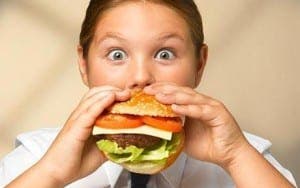 NINETY per cent of Spanish children and teens are eating more saturated fat than recommended.

The shock findings were made by the Estudio Enalia, which concluded that the high levels were provoked by overconsumption of animal and processed products.

A total of 1,862 children aged from six months to 18 years took part in the study, which which also revealed that virtually 100% of youngsters are lacking in vitamin D.

This is despite the fact that they live in a country blessed with many hours of sunshine, a factor that can help the body naturally produce the nutrient.

Some 870,000 people in northern Spain return to Phase 2 after nearly 200 new COVID-19 cases in region since Friday