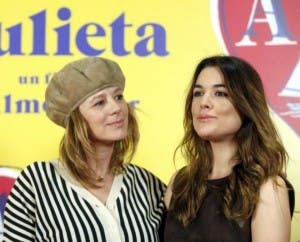 A PAIR of Spanish stars are in the running for illustrious BAFTA awards.

Pedro Almodovar’s flick Julieta and Catalan actress Laia Costa have both been nominated for a gong at the glitzy British ceremony on February 12.

Shortlisted for best foreign language film, Julieta tells the tale of a woman who has become estranged from her daughter.

Meanwhile, Costa, 31, will vie against four other actors to be named best rising star.

She earned the nomination thanks to her stand out role in Victoria, a German crime thriller shot in one continuous take.

Cristina Hodgson - 6 Jul, 2022 @ 09:30
A BEACH in Malaga has been closed after a broken pipe flooded the area with sewage. The rupture of the sewage pipe has flooded the...