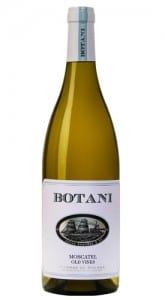 A MALAGA wine has been voted one of the best in the world.

Jorge Ordonez’s dry moscatel Botani was chosen by globally-renowned wine critic Robert Parker as one of his top three 2016 wines selling at under $20 a bottle.

Parker said the Velez Malaga tipple, which scored 91 points out of 100, was ‘one of the greatest value wines of the year.’

He added: “All the aroma of a beautiful bunch of flowers makes this medium-bodied wine super fragrant and seductive with a crisp touch. Very elegant.”

The other two chosen in the category were a Chardonnet and a Cabernet Sauvignon, both from Californian bodegas.

The award is the latest triumph for Ordonez, whose seven wineries produce almost 40 wines.

All carry the denominacion de origen label, the quality mark for Spanish wines.