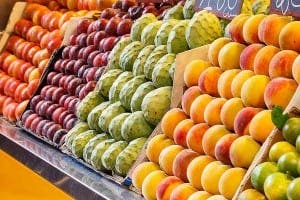 CHINA is now the second biggest importer of Malaga produce.

Food and drink exports to the country more than doubled in the first 10 months of 2016 compared to the previous year, according to data from the Spanish Ministry of Commerce and Industry.

Only France beat it in both categories, with exports to China ahead of those to Portugal and Italy.

Melting pot: Estepona’s restaurants have something for everyone

Is this the end for Spain’s traditional ‘Menu Del Dia’?

Cristina Hodgson - 22 May, 2022 @ 10:30
AN INITIATIVE between the Mijas City Council and the Red Cross will help collect school supplies for children in need in Malaga province. The Spanish...