A DOCUMENTARY film maker, Olympic sportsman and some interesting family lineage, it seems there’s a lot more to King Felipe than meets the eye.

In honour of his royal highness turning 49 this week, the Olive Press has compiled a list of unexpected things you might not have known about this surprising king.

Felipe was a member of the Spanish sailing team in the Soling class of the 1992 Olympics in Barcelona. The team came sixth place. The then-prince Felipe was given the honour of bearing the flag for Spain.

2. He’s been voted one of the most handsome men in the world

In 1993 People magazine included the prince in a list of the most handsome men in the world, along with the likes of Tom Cruise. 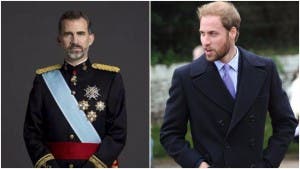 Before being crowned in 2014, Felipe was honoured with another title: the tallest prince in the world. At 1.97 metres, he stands 6cm taller than the UK’s Prince William.

4. He’s the youngest monarch in Europe

Just-turned 49, he is nine months the junior of the next-youngest ruler, King Willem-Alexander of the Netherlands. On a global scale he ranks as the fifth-youngest monarch, after those of Bhutan, Qatar, Malaysia and Swaziland.

5. He was the oldest king ever to ascend the Spanish throne

Despite now being the youngest king in Europe, at 46 Felipe was the oldest person ever to be crowned King of Spain.

Three of Felipe’s grandparents were blood-relatives of Victoria, often called the ‘Grandmother of Europe.’ This makes him her great-great-great grandson.

7. He was crowned on the same day as Queen Victoria

The event took place on the 177th anniversary of Queen Victoria’s accession to the British throne on June 19 1837.

8. He used to make nature documentaries 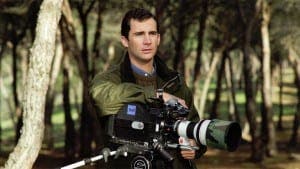 In 1996 RTVE released a 10-part documentary series which featured three episodes presented by the prince. Wild Spain focused on the flora and fauna of the country, and gave Felipe a chance to indulge is ‘profound interest’ in the environment and conservation.

9. He speaks English at home 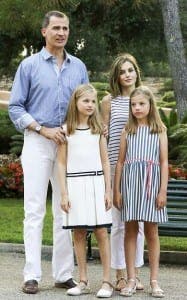 Felipe is fluent in English because his mother spoke it to him at home, and following her example, he speaks only English at home so that his daughters will also grow up bilingual.

10. He’s the King of Gibraltar

This is one of his official titles… despite the fact that it also belongs to Queen Elizabeth II of the United Kingdom.