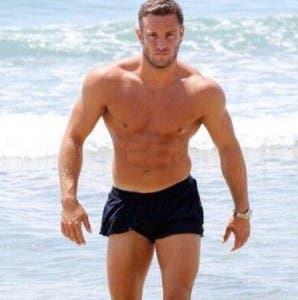 ELLIOTT Wright is set to bare all for ITV show The Full Monty.

Emmerdale actor Matthew Wolfenden will also get his kit off for the show.

The TV show, to be screened in April from the London Palladium, will mark the 20th anniversary of the box office smash, which made over £200 million.

The six stars have been rehearsing in London with dancer Ashley Banjo for the show, which will support charities Movember, Cancer Research, Everyman and Prostate Cancer UK.