WHERE the hell is Huelva is a question no tourist will ever ask again after 2017.

To many, mystery still surrounds the cuisine of Spain’s most overlooked provincial capital.

Tucked away in the coat tails of Spain’s south west, close to the Portuguese border, the small Onubense port city is often bypassed by visitors to Andalucia who are drawn to the more glitzy gastronomy of the Costa del Sol and Sevilla.

Now, thanks to a team of on-the-pulse judges from the Asociacion de Periodistas y Escritores de Turismo who declared  Huelva Spain’s 2017 Capital of Gastronomy, the spotlight has finally been shone on its hidden foodie delights.

The Olive Press explores the city’s top dishes to discover a tantalising clash of ocean-to-table cuisine, complemented with produce harvested from the surrounding sierras.

Thrust up against the Atlantic Ocean, seafood is not surprisingly one of Huelva’s most successful currencies.

The sea offers up a buffet of maritime morsels to the city’s restaurants and tapas bars, which feature them heavily on their menus.

Gambas blancas, caught in their breeding grounds only a few kilometres away, are among the city’s best-prized shellfish.

As common in kioscos as in haute cuisine eateries, their knockout taste means they are often simply served with lemon.

Skate and sardines from Ayamonte and Isla Cristina are served with a peppery garnish, while red snapper and swordfish are perfected a la parrilla.

Garlic and pepper-infused cuttlefish and bean stew is another homely favourite, alongside mojama de atún, a fine cut of cured tuna which is produced in the province more than in any other part of Andalucia.

The pastoral land that flanks Huelva on three sides brings with it another haul of foodie treasures.

So high is the quality of jamon de Huelva that it boasts its own Denominación de Origen Protegida.

Producers have taken full advantage of their proximity to the coast, choosing to cure it for four years in local sea salt to create a uniquely intense taste.

Chorizos, morcones and other cured sausages count among other gourmet mainstays, as does fine goat meat from El Andévalo county.


Letterbox-red strawberries are one of Huelva’s other trademark delights. It is one of Europe’s biggest 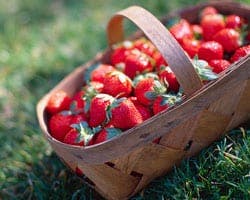 cultivators of the berry, along with persimmons, peaches and watermelons.

And according to the city’s residents, it is impossible to enjoy the Fiestas Patronales de San Sebastián each January without palm hearts served in citrusy stews by the city’s grandmas. Habas enzapatás (broad beans with mint, lemon and salt), garbanzos con gurumelos (chickpeas with dried mushrooms) and estofado de alcachofas (stewed artichokes) are other dishes sure to please the vegetarian or vegan traveller.

No culinary tour would be complete without a brimming glass of the local brew to pair with it.

Vermouths have a long history in the area,  as do brandies, cognacs and schnapps produced in Huelva’s surrounding villages. 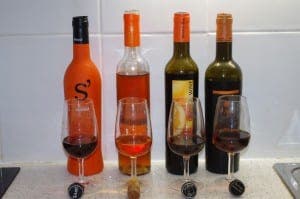 More tempting drinks include cherry and chestnut liqueurs and aniseed spirits, while the famed ponche de Huelva drunk during the Las Colombinas festival is a peachy wine punch introduced by English settlers.

The existence of a Denominación de Origen solely for Huelva nods to the high quality of its wines. A grand selection of reds, whites and sparkling tipples produced in 18 municipalities of the province are brought into the city for all to enjoy. 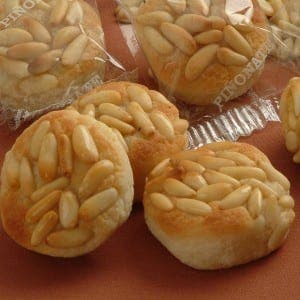 Piñonates (sugared bread with pine nuts), pestiños (deep-fried dough), polvorones (shortbreads) – the list of Huelva’s sweet treats is unending, thanks to the pride with which Onubenses pass down their family recipes.

Other sweet favourites can be found on every corner, such as tortas de manteca (butter cakes) , doughnut-like rosas fritas and cortadillos de cidra (crumbly cider-soaked slices).

Portugal demands overdue toll payment from 300,000 drivers, most from Huelva and Galicia

Kirsty Mckenzie - 22 Oct, 2021 @ 20:00
CHRISTMAS is just around the corner and many of us look forward to taking advantage of the great discounts in the famous Black Friday sales. Despite...