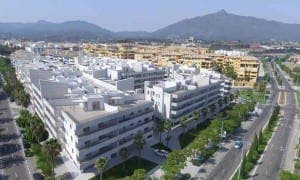 BRITISH buyers are putting their Spanish purchases on hold due to uncertainty over Brexit.

Property firm Kyero reported a decline in growth in enquiries for Spanish properties for the first time in February – as Brits adopted a ‘wait and see’ policy.

Head of research Richard Spiegel said:  “We found the change most pronounced in the over 55 age group, who probably have the most to be concerned about.

“While Brexit is unlikely to impact property rights, mortgage lending or the mechanics of purchasing in Spain, the situation regarding healthcare and pensions needs urgent clarification.

“Nobody has any idea if British pensioners will receive a reciprocal healthcare arrangement in Spain post-Brexit, leaving many in limbo. The Health Select Committee has heard evidence on the issue but we’d like to see more vocal lobbying for early clarity from the government.”

Spiegel added that despite the uncertainty over Britain’s divorce from the EU, the market is likely to remain buoyant.

“European buyers have been extraordinarily active in picking up the slack from nervous Brits – but it seems a shame to watch Germans getting first dibs on the sunbeds, while Brits are waiting on Mrs May for the towels,” he added.